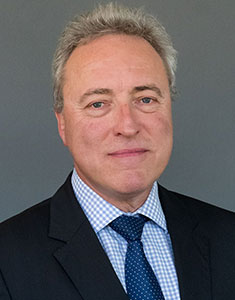 Graduated from Aston University in Birmingham, John Leathers holds a BSc Hons in Managerial and Administrative Studies with Law. He started his career in Rolls-Royce PLC in 1984 and seconded to Turbo-Union Ltd in 1988.

In 2000, he became Director of Military Contract Management, negotiating some of the major contracts such as The Engine Agreement (including Exhibit K) and the Collaboration Agreement for the TP400 Engine.