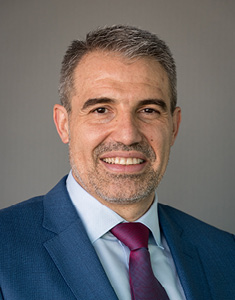 Before joining ITP Aero in 1998, Ramón Fonoll held different positions in industrial companies such as Saint Gobain, Indra, and Thyssen Group.  He joined ITP Aero as Manager of the Facilities Engineering, later including additional responsibilities as Purchasing and Logistics for the ITP Aero MRO Business.

In 2005, he was appointed as Manager of the Accessories business Unit.  Later in 2011, he was designated Manager of the Commercial Support and Marketing department and, in 2015, Head of Marketing, Strategy and OEM.

From 2016 to 2019, Ramón Fonoll was the General Manager of Aeromaritime America Inc., a subsidiary of ITP Aero in Phoenix, Arizona, USA.