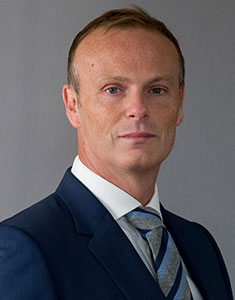 Graduated from the University of Bradford, Kristian Goode started his career in Rolls Royce in 1996 on a Graduate Training Programme.

In 2012, Kristian Goode held the engineering functional position of Head of Engineering for Services in the Rolls-Royce Energy division until 2014. He returned back into Civil aerospace as Chief Engineer on the Trent 500 and Trent 900. Then, he worked on the Trent 800 and RB211and joined Europrop International as Technical Director and head of the EPI Design Organisation in 2017.