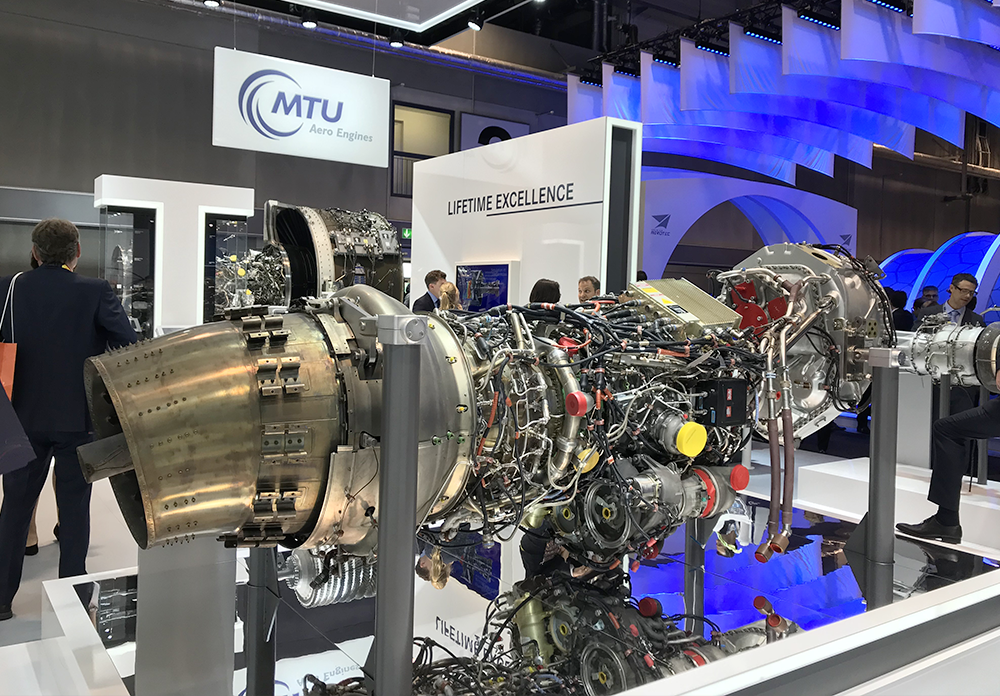 The turboprop engine’s mock up is showcased by MTU Aero Engines on its booth Hall 2 stand 301. Partner of the TP400-D6 consortium, the German Company is particularly responsible for the assembly of all TP400-D6 final production engines in Munich, and acceptance testing in MTU Berlin-Brandenburg.

To discover the most powerful turboprop engine (11,600 HP) in scale 1, visitors can have the chance to visit an A400M military transport aircraft exhibited by the Luftwaffe on the static display. As of today, the German Air Force is operating 18 A400M aircraft.

For this edition, the air show emphasizes on the cooperation between Germany and France. As the partner country of the event, France presents their cutting-edge innovations and competitive strength. A French-German cooperation highlighted by Florence Parly, Minister of the French Armed Forces and her German counterpart Ursula von der Leyen who travelled to the show aboard an Airbus A400M, on Wednesday 26th. A partnership representing new steps between the two countries in the aerospace industry.

As the most innovative trade event in aerospace, ILA Air Show offers many opportunities to exchange on the digitalization of aviation. Between conferences and displays on big data, passenger cabin of the future, sustainable air travel, hybrid aircraft… the event is flying into the future of aviation.

Europrop International’s presence in ILA is the opportunity to show that the TP400-D6 program is part of a successful European Defense cooperation. Consisting of a European collaboration programme between ITP Aero, MTU Aero Engines, Rolls-Royce and Safran Aircraft Engines, Europrop International’s combines the best of Europe’s aerospace companies’ resources and technologies.