Airbus is a global leader in the defence sector, the largest defence supplier in Europe, and among the top 10 defence companies worldwide. It manufactures tactical and strategic airlifters, multi-role aerial tankers and advanced combat aircraft. Together, the A400M, C295, CN235, A330 MRTT and Eurofighter Typhoon make up a world-class product line operated by air forces worldwide. With decades of industrial experience behind it, Airbus consistently develops cutting-edge technologies for the most challenging missions. In addition to designing, developing and manufacturing military aircraft, Airbus offers a broad range of services to fully support its customers.
The A400M is the most advanced, proven and certified airlifter available, combining 21st century state-of-the-art technologies to fulfill the current and upcoming Armed Forces’ needs. The A400M combines the capability to carry strategic loads with the ability to deliver even into tactical locations with small and unprepared airstrips. And in addition it acts as a frontline-tanker for other aircraft. Find out more 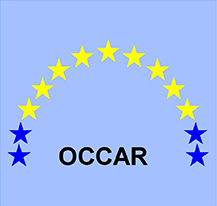 France, Germany, Italy and the UK created the Organisation for Joint Armament Cooperation on the basis of a ratified treaty known as the OCCAR Convention, with the intent to increase their armaments cooperation in order to improve efficiency and reduce costs. Its objective is to facilitate and manage cooperative European armament Programmes through their life cycle, as well as Technology Demonstrator Programmes, to the satisfaction of the customers.
The Defence Ministers of the four Nations went on to sign the OCCAR Convention, which was subsequently ratified and came into force on the 28th January 2001. Belgium and Spain joined OCCAR, respectively in 2003 and 2005.

Belgium, France, Germany, United Kingdom, Spain and Turkey are the Nations involved in the development of the A400M military aircraft.

Europrop International signed the first TP400-D6 engine support agreement in 2015 with the Government of Malaysia. A four year contract split on two phases of 2 years.

We provide technical and logistic support on site at the Royal Malaysian Air Force Main Operating Base of Subang. In addition, the agreement includes the obligation for Europrop International to supply engine spare parts for the main LRU’s (Line Replacement Units) on an availability type scheme.

Participation of local industries and companies in the TP400 engine support for every Export Customer, is at the heart of our aftermarket policy.
For Malaysia, Europrop International has signed agreements with the local based company Global Turbine Asia (GTA) to provide on-site specialists workforce.

We participate jointly with the airframe manufacturer AD&S in the development of support solutions for many other potential export Customers, which may become new A400M operators in the near future.

By continuing your navigation, you consent to our use of cookies for services and statistics. Ok, I agreeNo, learn more